How to fight against Fake News 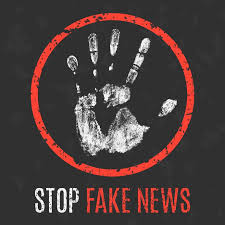 As modern adult participants on the internet, we should be aware of its dangers and how to avoid them.

Social Media and the internet create great possibilities for our everyday life, especially in the areas of communication and information. But at the same time, they contain the danger to create misunderstandings and spreading misinformation.
Fake news is a big problem in our society since they reach a big audience and are often the source of social division, mistrust, and even hate.
The fight against fake news starts with our own behavior on the internet, although it might seem difficult there are a few steps every one of us can take to confront their information feed with more awareness.

1 Confront your own Biases

Every one of us has a particular view of the world and how it should be. Normally we prefer news that reinforces our opinion while ignoring information that contradicts it. By following and reading mostly pages and articles of our own political spectrum we create so-called filter bubbles
or echo chambers, in which different points of view cease to exist. Therefore people might perceive a reality in which everyone else has a similar opinion like them.
But how we can break our bubbles?
The most important thing is to get aware of the biases we have, so we can slowly start to challenge them. The next time you see something on social media you do not necessarily agree with, read it anyway and try to understand the arguments that are presented. You can still disagree afterward but maybe you became a bit more aware and open towards another point of view.
You can even go one step further by actively looking for articles from other bubbles or follow a news magazine from another spectrum.

Often stories that are not true are spreading virally on the internet because people share an engaging but exaggerating headline without reading the linked article. The concept of fake news works so well, that it is used by a lot of people to earn money or influence public opinion.
Identifying fake stories is not so hard as it may seem. A good starting point is always to check the facts that are presented. Often Fake News mostly uses propaganda and emotionalizing phrases instead of scientific facts.
But also if numbers or surveys are given, you should check the sources, since they might be invented or misinterpreted to back a storyline.
In case you are not sure if something is trustworthy, maybe think twice before sharing it.
Independent fact-checking organizations are another useful tool against Fake News.

When it comes to our personal social media performance we should try to be open and nice to others when we take part in online discussions. Very often this is an exhausting activity since many people think that they do not need to do the same since they feel protected by the anonymity of the internet. But by disagreeing and polarizing, arguments are not solved but rather intensified. It might be a better approach to focus on aspects that are important for both sides and by this find similarities in the viewpoints.

This approach obviously does not work with trolls. Trolls are accounts whose only objective is to provoke and spread hate, often by leaving insulting comments. The problem is that they are extremely effective at shutting down public discourse and spreading misinformation.
In general, there is the saying “don’t feed the trolls”, which means to just ignore them and deny them the attention they are trying to gain.
On some occasions though, you might be able to influence the behavior of the troll. If the comments are created by a real person and not by a computer it might help to remind them that they are interacting with other real people and that harassing comments actually hurt them. This will not work always, but if you have the time and patience you might give it a try.

At last, it comes to our own posts and comments we leave on the internet.
Before you post something, ask yourself:

Source and recommended reading, with additional ideas and links regarding the topic:
https://www.mindful.org/fight-fake-news-make-internet-honest/

2 thoughts on “How to fight against Fake News”